In the late 1980s, Perlini also began competing in sporting events, such as the Dakar Rally with four consecutive successes in the truck category between 1990 and 1993 on board the legendary “Red Tiger”. The consecutive four first places of the Perlini team are, so far, the only consecutive victories of an Italian team in this category.

Perlini Dumpers tells the legendary Red Tiger truck with a series of videos celebrating Perlini as the undisputed protagonist of the Paris Dakar. 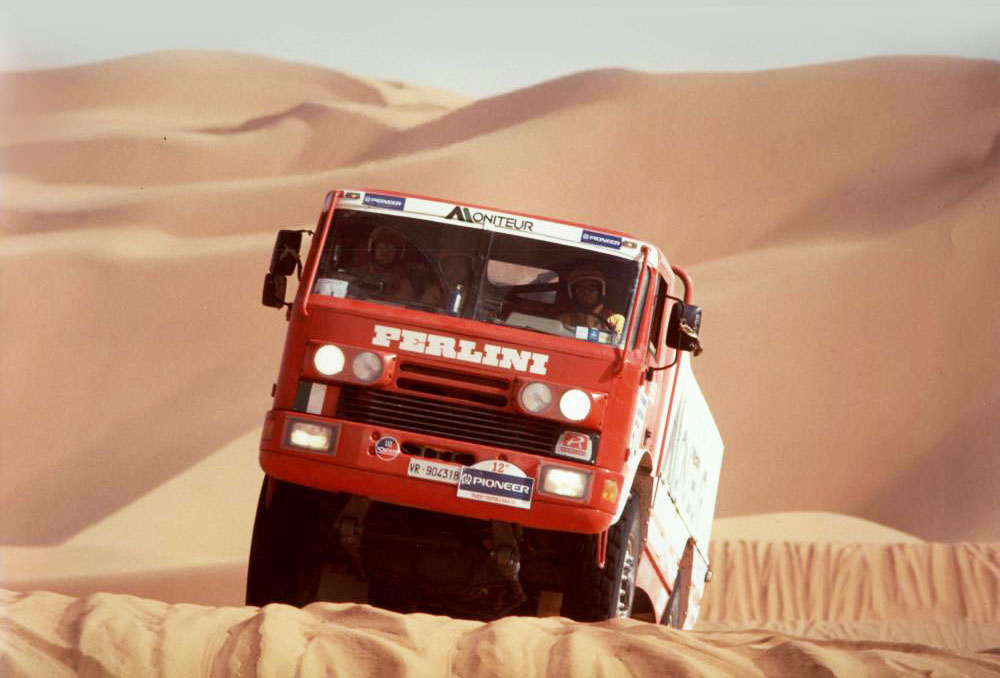 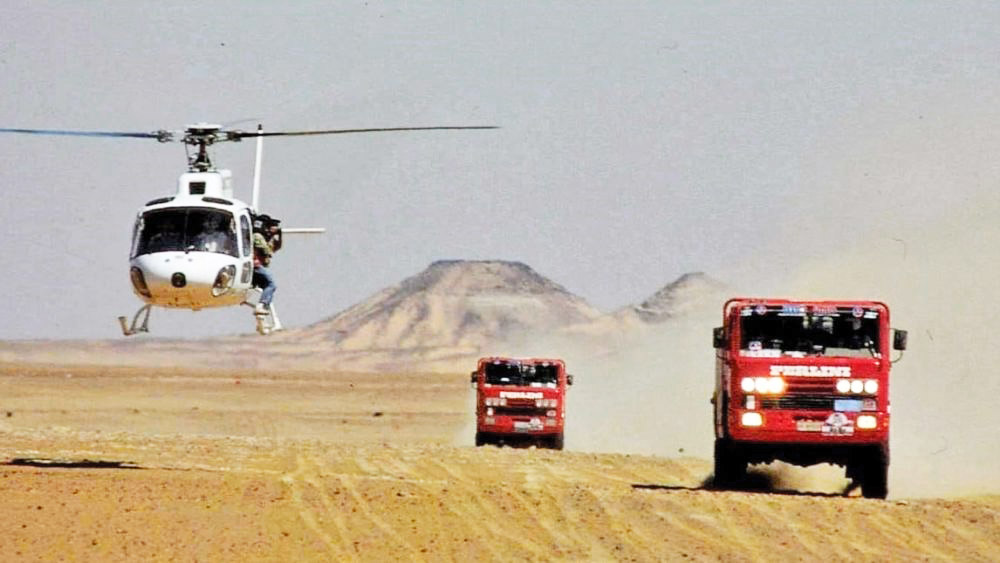 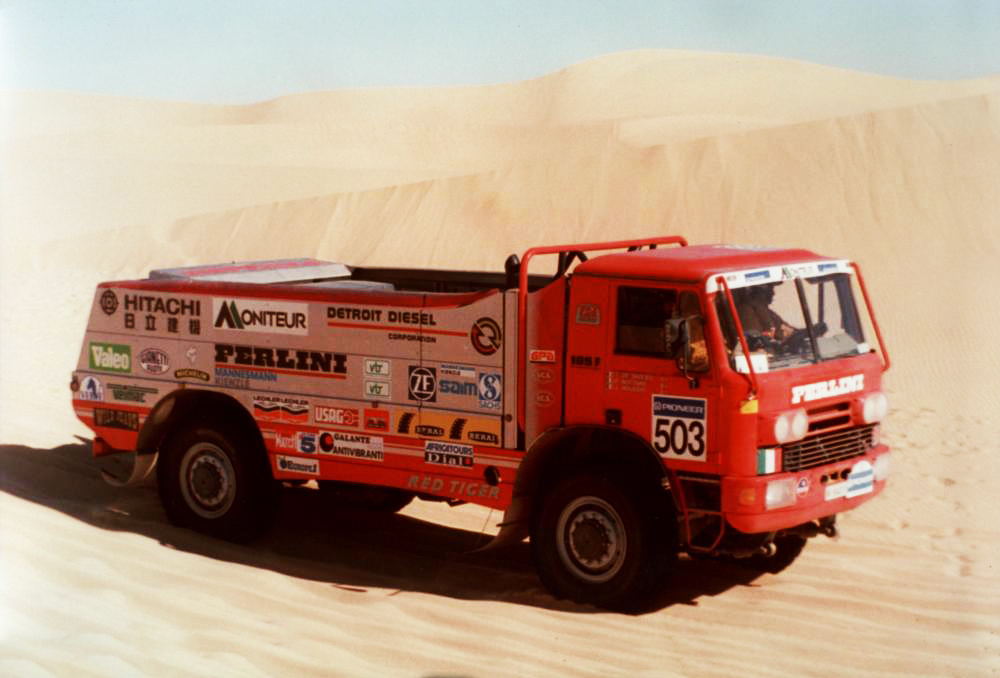